Important information regarding the start of term 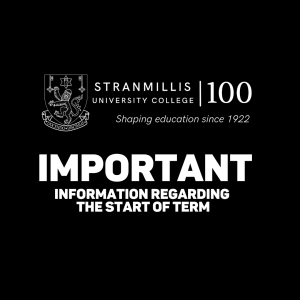 We look forward to welcoming you next week.